What is an acceptable salary for travel nurses? Travel nurse wage insights for mid-2020 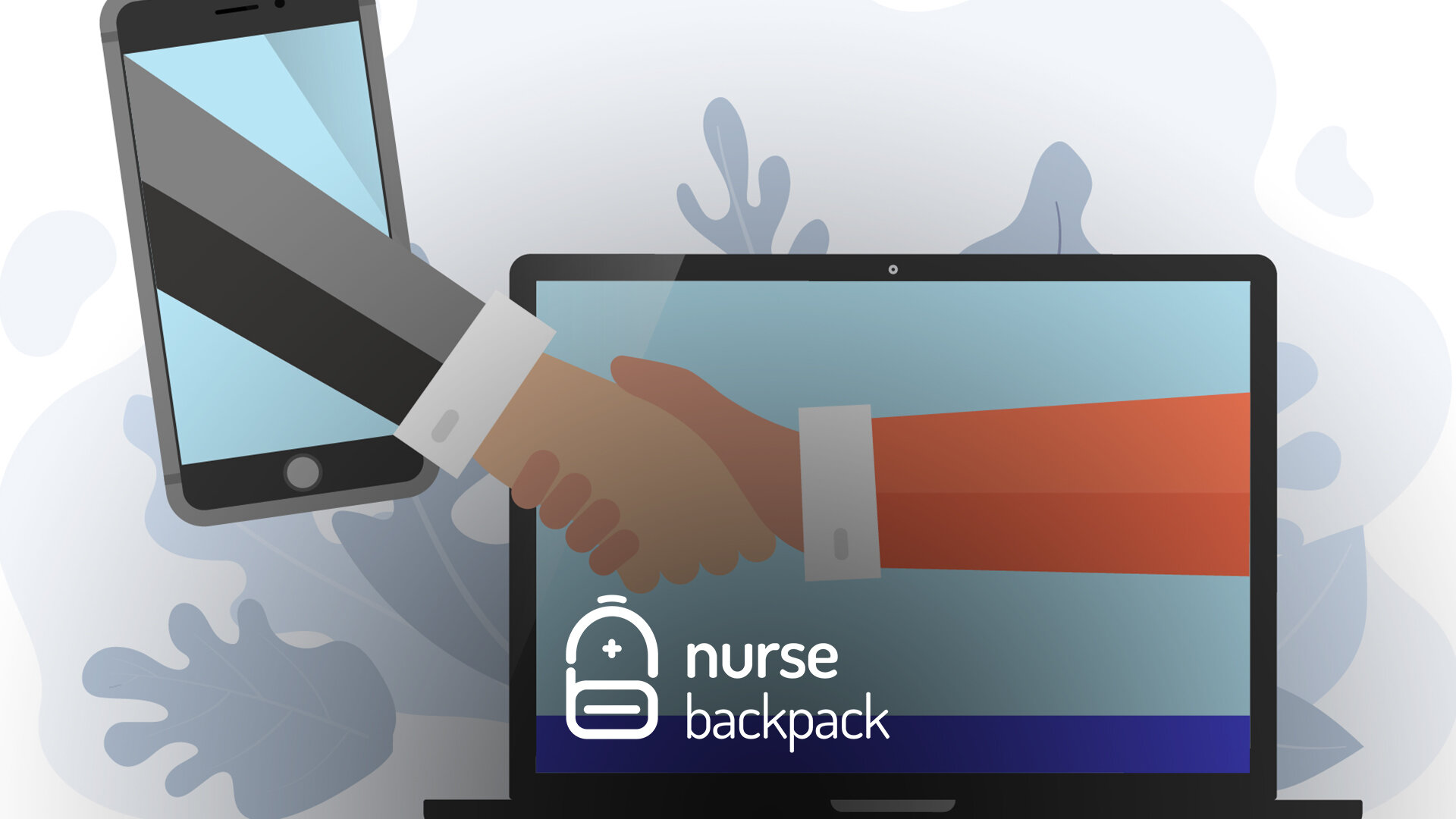 Travel nurses, contingent or temp nurses, per diem physicians and more have a flexibility in salary negotiations that aren’t as obvious to industry newcomers.

Travel nursing agencies can split up the travel nursing pay package in many different ways. For example, some agencies structure their pay packages with lower taxable hourly rates and higher tax free reimbursements. Sometimes, you’ll find taxable base rates as low as $10 per hour. As a Registered Nurse, or any other highly trained healthcare professional, you’re likely thinking there is no possible way you’d work for $10 per hour.

There’s an advantage here though, you should be less interested in the hourly rate and more interested in the value of the entire pay package. That said, it’s widely accepted that paying taxable wages this low to employees who commonly make much more is unacceptable under IRS guidelines. However, you will find a lot of debate over this topic.

The idea we’ll discuss here is whether or not it is acceptable per IRS standards for travel nursing companies to pay rates as low as $10 per hour and what the potential consequences are.

Let’s start with a quick example. One agency might be offering a base rate of $30 per hour plus the equivalent of $12 per hour in tax-free reimbursements. That’s a total value of $42 per hour.

Meanwhile, another agency might be offering a base rate of $10 per hour plus the equivalent of $35 per hour in tax-free reimbursements. That’s a total value of $45 per hour. Despite the lower “rate”, the second agency is clearly paying more in compensation.

What is the debate over paying travel nurses low taxable wages and high stipends?

According to the National Association of Travel Healthcare Organizations (NATHO), a nonprofit association of travel healthcare organizations, agencies should offer a minimum base rate wage that is higher than $10 per hour for most workers. NATHO states that agencies must pay an hourly rate that is in line with fair market value for someone in the respective profession. That means the professional could reasonably expect to make the same taxable hourly rate offered by the agency if the professional were to accept a traditional permanent job. From this perspective, paying a travel nurse or physical therapist a base rate of $10 per hour isn’t going to cut it.

Despite this advice from NATHO, many agencies offer to pay their travelers very low taxable rates. These agencies believe IRS regulations allow them to maximize the tax free stipends as long as they pay the traveler a base rate that is equal to or greater than the minimum wage.

Essentially, these agencies will start with a low taxable wage and then add the remainder of the bill rate to the travel nurse’s pay package as tax free stipends. If, by chance, the tax free stipends are maximized and there is still money left over, then the agency will add the remainder to the taxable wage. These agencies believe that they’re in the right as long as the nurse has verified they qualify to receive tax-free stipends. This verification typically comes in the form of a document that agencies have their travel nurses sign attesting that the travelers qualify for tax-free money.

Now we’re left reconciling these two divergent viewpoints. In considering this issue, Joseph Smith, an expert on taxes for traveling professionals, asserts that he’d rather travelers “work with companies that show better business consciences.” His reasons for saying this are the same reasons that settle the debate here. You see, providing such a low hourly rate along with huge stipends is a form of wage recharacterization, which is against IRS rules.

In this case, the only way that someone in the nursing profession would accept a travel nursing job paying $10 per hour would be because the company was offering large tax free stipends as a part of the pay package. As a result, the IRS may claim that the company is recharacterizing the wage as a stipend and deem that the company is violating the rules.

Why would agencies put themselves at risk this way? For the same reasons that any other tax violator takes such risks. They’re either unaware of the rules, or they’re seeking a financial advantage. Anyone can start an agency and one doesn’t have to be an expert in all of these issues to do so. So it’s plausible that some agencies are simply unaware of these rules.

Meanwhile, those that are aware of the wage recharacterization rules are violating them to gain a competitive edge. As mentioned in a previous blog post, lower taxable hourly rates result in lower payroll costs for the agency. The agency can pocket this money or offer it to the travel nurse as an incentive to get them to sign on with the agency. The agency can also highlight the higher net pay that will result due to the lower taxes that the traveler will incur. This is a major selling point for travel nursing companies. If a company can demonstrate that they’ll put more money in the pocket of a traveler, then they feel they have a competitive advantage.

You’ll find that smaller travel nursing agencies are more apt to offer these low hourly wages. The biggest companies in the industry are publicly traded, and/or have investors, and boards of directors. As a result, these companies are highly scrutinized to ensure that they are operating legally in order to limit liability risks for all parties involved. The smaller companies most often do not have these responsibilities. As a result, smaller companies usually are not closely scrutinized in the same fashion as the larger companies. For example, large companies will almost always have auditors reviewing their books, while the smaller ones may not.

In any case, there is no denying that offering wages this low crosses the line into unethical business behavior and it certainly puts the agency in violation of IRS rules. But what about the travel nurse?

What are the risks of taking such a low taxable pay rate as a travel nurse?

In 2012, tax adviser Joseph Smith stated that it maybe okay for travel nurses to accept the low taxable rate in the FAQ section on his website traveltax.com. However, he did point out that you’d have a higher likelihood of being audited. At the same time, he also suggested that as long you have a solid tax home and properly accounted for your expenses, you should be fine.

Remember, if you’re making a base rate of $10 per hour, you may be getting the equivalent of $40-$50 per hour in tax-free stipends. You’d want to be certain that you had records to justify those expenses. To be clear, if you are not able to justify accepting the tax-free money, then you maybe required to pay back taxes and penalties if you’re audited.

It’s important to note that tax law has changed since Joseph Smith wrote the articles cited above. It may no longer be possible to avoid paying back taxes and penalties if you’re audited in such a scenario. Under the new tax laws, many of the tax deductions pertinent to such a case are no longer allowed. For example, under the old law, travel nurses were able to deduct the expenses that were greater than the reimbursements they received from the company. This is no longer possible. Therefore, if a travel nurse was audited in such a case, they would not be able to make the deductions they once could in order to avoid the tax burden.

Chances of Getting Audited as a Travel Nurse

And remember, your chances of being audited are real, especially if you’re receiving a very low hourly wage coupled with high tax-free stipends. In fact, according to Joseph Smith’s October 2012 Newsletter, the IRS was auditing at least 12 agencies at that time. Wage recharacterization was one focus of the audit.

Furthermore, Joseph Smith stated that one agency was considering reissuing W-2s going back 6 years for those who are not willing or able to provide the agency with receipts to justify the high tax-free stipends the agency provided. If this agency reissued the W2s and the difference between the reported income and the newly reported income was greater than 25%, then the travel nurses would have been responsible to pay the IRS additional taxes, penalties, and interest.

This might be confusing for readers who are unfamiliar with these issues, so let’s look at an example for clarity’s sake. An agency offers a contract that pays $10 per hour as the taxable base rate plus the equivalent of $40 per hour in tax-free stipends. The traveler accepts the contract and completes it. Of course, both the agency and the nurse will be paying taxes on only the taxable base rate. In addition, the taxable base rate is all that will be reported on the W2. Finally, the traveler reports taxable income from the assignment exactly as stated on the W2 when they complete their taxes at the end of the year.

A couple of years later, the IRS decides to audit the agency and claims that paying the travel nurse $10 per hour appears to be a recharacterization of wages. As a result, the agency will be subject to penalties and additional taxes. The agency contacts the nurse and requests receipts and other pertinent documentation in an effort to justify the tax-free payments and avoid the costs. The nurse is unable to comply for one reason or another.

The agency then decides they must to reissue a new W2 to settle their case with the IRS. The new W2 increases the taxable base rate and decreases the tax-free stipends by equal amounts. Of course, this increases the reported income to the IRS. As a result, the agency will be responsible to pay their portion of the payroll taxes and any penalties. Moreover, the nurse will also be responsible for additional taxes and penalties as long is the difference between what was originally reported and the newly reported taxable income is greater than 25%.

What does this mean for Travel Nurses and other medical professionals?

What does all this mean for travel nurses? First, you open yourself to increased risk of audit if you accept really low hourly wages and really high stipends. Second, this may have been okay in years prior to 2017 as long as you maintained an ironclad tax-home, maintained your status as a temporary employee, and kept excellent records to justify the tax-free payments. However, the chances are much greater that you’ll be required to pay taxes and penalties in such a case under the new tax laws.

It’s important to note that we are not tax advisers, Certified Public Accountants, or Lawyers. We are not in any way providing any tax advice. All information regarding taxes is informational and intended as a jumping off point. You must seek the help of professional tax advisers to gain a clear understanding of your unique circumstances.

PrevPrevious#nurselife: I’m a nurse in a Covid-19 unit. My hospital’s leaders frighten me more than the virus
NextPay Packages: Strategy Overview for Traveling Medical Professionals (Part 1)Next
Recent Posts