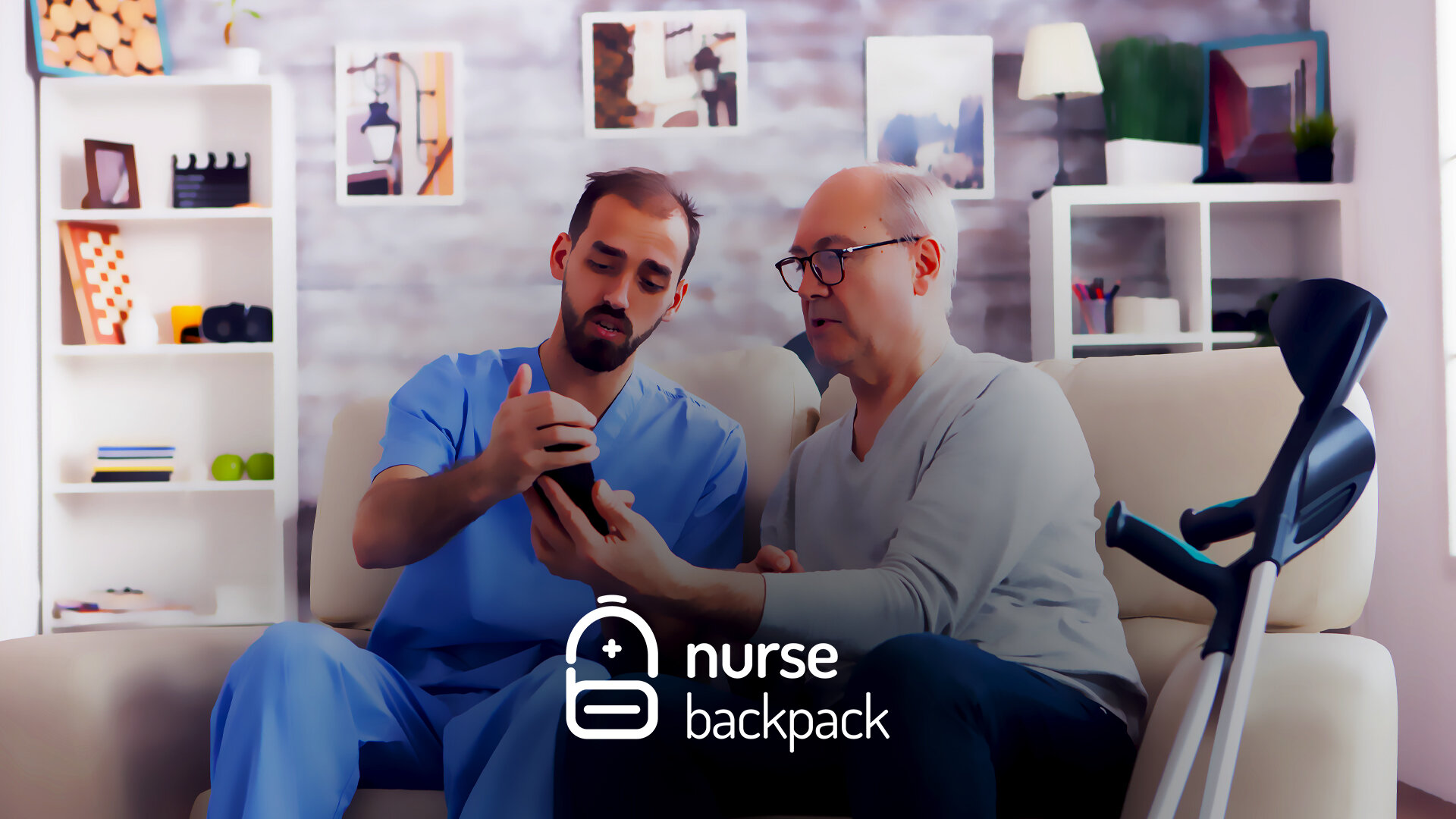 Over the course of my work in the healthcare industry, I’ve overheard the generalization that male nurses are less emotionally intuitive than female nurses. I strongly disagree, and was pleased to see this study in my research. For those who want a TLDR, scroll to the results heading!

Although it’s well documented that men have been in the nursing profession for centuries, the contributions of men in the profession have been historically minimized.1–6 Florence Nightingale, widely honored as the founder of modern nursing, purposefully excluded men from entering the profession.1,6 She believed that nursing was a natural extension of the caring role of women and mothers, and for that reason to be a woman was to be a nurse.7 Nightingale didn’t believe that men were capable of being nurses, and as a result men weren’t admitted into nursing schools under her influence.1,8 This view of nursing, as an extension of women’s domestic roles, and the accompanying prejudice about men’s presumed limited emotional capabilities prevailed long after Nightingale’s death. This further solidified society’s view of nursing as predominately a woman’s occupation. Additionally, society at large continued to assume the superiority of women in matters of emotional caring.1

Throughout the world, the percentage of male nurses varies widely. Canada (8%), the United Kingdom (10%), Germany (18%), and the Philippines (25%) generally have larger percentages of male nurses than the United States. Although the total number of U.S. male nurses has doubled in the past 30 years, only 5% to 7% of the total nursing population is male.9 Male nurses are also underrepresented in the nursing academic environment. Only 3.5% of faculty in U.S. nursing schools are male, and only 2.4% of nursing school deans are men.10 Nationwide, the numbers of male students admitted to baccalaureate nursing programs is slowly rising. The incoming undergraduate nursing school class of the University of Hawaii in 2010, for example, was nearly 30% male.

In nursing practice, “caring” constitutes both the emotional content of nursing practice and the emotional skills necessary to implement it. A caring attitude (sometimes referred to as “experiential caring”) is necessary, as well as the skills of caring (referred to as “instrumental caring”). Male nurses are frequently stereotyped as insufficiently caring in both attitude and ability. When men are negatively stereotyped, they’re perceived as uncaring, therefore, unsuitable for nursing.8–13 This stereotyping not only limits the entry of men into the profession, but also results in role strain for both male nursing students and professionals in practice.

Women in western culture are widely assumed to have greater emotional capability than men. It’s possible that negative perceptions of male nurses’ caring capabilities are based upon this assumption.

The compassionate side of men in nursing

Emotional intelligence (EI), an important evolution in the traditional concept of intelligence, has emerged over the last two decades. Only recently has it been discussed within the profession of nursing. The concept grew out of Howard Gardener’s theory of Multiple Intelligences, which posits the existence of nine fundamentally different subsets of general intelligence. EI theory is based on the interpersonal and intrapersonal intelligences Gardener postulated.14

Several EI models are currently in use. The differences in these models are reflected in the disciplines of their origin, in the definitions of emotional intelligence they use, and in the instruments they use to measure EI. The earliest model of EI was formulated by Reuven Bar-On, a psychologist who studied happiness in the community mental health setting. This model defines EI as a function of personality, and measures it using the EQ-i, a self-report instrument.15 The EQ-i has undergone validity and reliability testing. Face validity problems have been reported because of the overlap between this instrument and others that measure personality. The limitations of self-report instruments apply to the EQ-i. The accuracy of the instrument depends on the accuracy of the test taker’s self-evaluation.

The Ability Model of EI was developed by cognitive psychologists John Mayer and Peter Salovey. Interested in cognitive processing, they identified that some individuals incorporated emotions in their reasoning process more than others. In the work setting, such individuals functioned very differently when compared with their peers. Mayer and Salovey named this ability EI. They identified the following set of emotional skills to define EI: (1) The ability to accurately identify emotions in self and others, (2) the ability to use emotions to facilitate reasoning, (3) the ability to understand emotions in self and others, and (4) the ability to manage emotions in self and others. Mayer and Salovey define EI as an ability and measure it using the Mayer, Salovey, and Caruso Emotional Intelligence Test (MSCEIT). This instrument is an ability test that requires performance of tasks related to emotions. The validity and reliability of this instrument has been rigorously tested and is widely acknowledged.16

Dr. Dan Goleman, a psychologist by training and journalist by vocation, formulated a third model built on aspects of both the ability and personality models. Goleman’s “Mixed” Model defines EI as a function of both personality and ability. This model is used primarily in the corporate setting, and is measured using the ECI, a “360 degree” instrument that uses feedback from peers, subordinates, and supervisors to arrive at an EI score. This instrument has also undergone validity and reliability testing. Concerns exist regarding both overlap with other personality measures and biases involved in scores derived from peers, subordinates, and supervisors.

For the purposes of this study, the Ability Model of EI was used to explore the emotional skills of male nurses. The structure of this model is summarized in Figure 1. The total EI score is subdivided into four branch scores that constitute the operational definition of the concept: identifying emotions, using emotions to facilitate, understanding emotions, and managing emotions. Two other scores, strategic EI and experiential EI, are aggregate scores that represent interpersonal and intrapersonal abilities and are each made up of two branch scores. (See Figure 1.)

This study examined the subset of 39 male nurses who participated in three recent studies on the EI of nurses.17–19 Two of the studies explored the performance of clinical staff nurses in acute care hospitals in urban Hawaii. The third was a study of graduate entry nursing students at the University of Hawaii. The male participants in the three studies were grouped and compared with 213 female counterparts.

Volunteer participants in the two hospital studies were solicited using a study poster. In the university setting, the study was solicited during student orientation week. All participants logged on to the study website to obtain an initial description of EI and the study purpose and procedures. Informed consent was obtained electronically, along with demographic and career information. The participants were then connected via hyperlink to a nationally recognized psychological testing site where they completed the EI test.

The EI instrument utilized for this study was the MSCEIT, version 2. The MSCEIT has had rigorous psychometric testing over the last 20 years. There are numerous studies documenting its validity and reliability. It requires performance of various emotional skills, such as identifying emotions expressed by people in pictures. The MSCEIT was developed based on the previously described four-branch ability model, and provides 18 scores and subscores.16 (See Figure 1.)

The plan for statistical analysis consisted of three parts. First, a descriptive analysis was done on the participants and their EI scores. Second, correlation analysis and Multivariate Analysis of Variance (MANOVA) testing was done to examine correlation between EI and other study variables and to control for various factors such as age and educational status. Lastly, score profiles for male and female nurses were formulated by identifying EI skill strength and weakness patterns.

When comparing the EI score profiles, no difference was noted between the high and low score profiles of the two groups. In both males and females, strategic EI was most commonly the highest score (51.3% among males and 53.9% among females). Similar patterns emerged from the four branch scores. In both groups, identifying emotions was most frequently the highest score. The study findings provide evidence that the male and female nurses had equivalently measured EI ability scores. There were no significant differences between either total EI score or the six subset scores when the two gender groups were compared. Additionally, there was little difference in the patterns of EI skill subset strengths and weaknesses.

In Hawaii, a slightly higher proportion of nurses are male than in other parts of the United States.19 Additionally, with a higher percentage of Asians, Pacific Islanders, and Native Hawaiian nurses, the cultural and ethnic profile of the sample of men used in this study differed from that of the general population of nurses in the United States. With that in mind, the sample size may also limit the validity of the study findings and thus can’t be generalized.

The emotional abilities of male nurses are widely assumed to be inferior to those of their female colleages. The results of this study provide significant evidence to the contrary and include several implications. First, male students may be assumed to have the same potential for emotional capability as their female counterparts. Once in nursing school, male nurses may develop their emotional skills alongside their female classmates without the premise that they require additional skill development. Further, when male nurses are considered for employment in specialty fields where emotional care is required, findings in the study suggest that no distinctions need to be made based upon gender-related capability. When students, both male and female, decide to embark on a career in nursing, they know the unspoken “rule”: to be successful one must be caring. EI appears to be an innate ability that nurses of both genders possess.